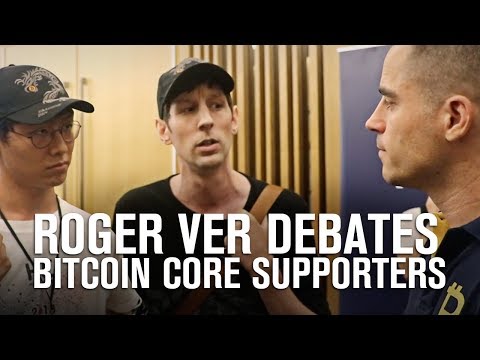 Somebody made a comment about zero-conf transactions in Bitcoin in Bitcoin, and (as Bitcoiners seem relatively uninformed about Dash technology) I replied explaining InstantX:


It seems to be a matter of philosophy, whether Bitcoin is cash or a settlement layer. Zero-conf transactions aren't needed in a settlement layer.
Dash has an elegant solution to this called InstantX. An InstantX transaction is sent with a command to lock the inputs being spent. After the transaction is propagated, a subset of masternodes is selected to determine if there was consensus (ie no double spend attempt). Once consensus is formed, the masternodes broadcast a message to say that the transaction is valid. The transaction still needs to be confirmed in a block, as normal, but clients can accept the transaction with 0 confirmations with a high degree of confidence that it can't be double spent. In the event of a problem, the transactions fall back to normal block confirmation.
It seems to me this could largely be adapted for use in Bitcoin, the only difference being that as Bitcoin nodes don't require any collateral payment, Sybil attacks are easier to pull off. But it may still be possible to port this across. However the biggest barrier is not the technology, but the fact that Core is set on implementing a settlement layer, and 0-conf can never work in an artificially space-constrained blockchain.


I read the paper Transaction Locking and Masternode Consensus: A Mechanism for Mitigating Double Spending Attacks, and this explains that any transaction locking technique to prevent double spends must mitigate against:
I can see that for some things masternodes and their required collateral are essential. For example, governance voting would not work without masternodes, because it would be trivial to Sybil attack: you could easily spin up thousands of nodes to bias a vote in favour of your proposal, which you would only have to maintain while the vote is going through. In fact, this is what we've seen with Bitcoin Core vs Classic: some people have spun up hundreds of notes to demonstrate their support for their side of the fence, and at some point in the future, those nodes will die off. I am not saying that is wrong, but it is a much weaker demonstration of commitment than holding collateral. To put it short, "proof of stake" beats "proof of temporary Amazon EC2 budget".
But I am wondering, in the case of InstantX, how much advantage do masternodes give? You need a large proportion of nodes to Sybil attack InstantX. And in the case where all Bitcoin nodes are dropping double spend transactions, blocks are not full, and nobody is implementing the deceptively-named Replace By Fee, zero-conf transactions have been shown to be relatively safe.
So where is the advantage Dash has with masternodes, in this case? (I am not doubting that it has one, I just don't fully understand it yet. Also, please correct me if anything in my description of InstantX was wrong!)

Vitalik Buterin: 'I think the Core vs Classic / block size debate would have looked very different had there been four different Bitcoin implementations with substantial market share'

r/bitcoin vs r/btc. Classic vs core

Hello I'm new here. And found a lot discussion between users about classic and core, btc and bitcoin. Is it possible to get link for explanation of these fights? What is background and what key points? Thanks

Bitcoin Core vs Unlimited vs Classic

What is the best way watch the Bitcoin Core vs Bitcoin Classic scoreboard ?

Any websites out there that do anything like this?

Remember the bitcoin elevator talk? We need the same thing regarding Core vs Classic.

We need a simple narrative that explains to core users what is going on. We need to be able to defuse the attacks and show our points in a non-threatening manner.
Any ideas?

This classic presentation on Voice vs. Exit has renewed relevance today in the breakaway from Core; consider Bitcoin's Ultimate Exit⤴

Fragility of Bitcoin under Classic vs Core vs Unlimited vs XT

Planning for an attack on the network is always something bitcoiners should be strategizing and prioritizing. The bitcoin network is a social network of code producers, miners, investors, users. The individual and interactions among these elements determine the ultimate design of bitcoin, or the progression of bitcoin code and thus bitcoin's role in society. What blocksize scheme will lead to the least fragility of the network against attacks?
sorts of attacks: 51%, flooding (ddos), sybil, others

Bitcoin Core vs Unlimited vs Classic

This classic presentation on Voice vs. Exit has renewed relevance today in the breakaway from Core; consider Bitcoin's Ultimate Exit

This classic presentation on Voice vs. Exit has renewed relevance today in the breakaway from Core; consider Bitcoin's Ultimate Exit

Vitalik Buterin: 'I think the Core vs Classic / block size debate would have looked very different had there been four different Bitcoin implementations with substantial market share'

What is the best way watch the Bitcoin Core vs Bitcoin Classic scoreboard ? /r/btc

Remember the bitcoin elevator talk? We need the same thing regarding Core vs Classic. /r/btc

Bitcoin Core, Classic, and Unlimited – What’s the Difference? Some call it the Bitcoin Civil War! Bitcoin may seem like an unstoppable technological phenomenon, with a futuristic and savvy community that takes pride in innovation and decentralization. Underneath all the high prices, exchange trading, and programming jargon, there are thousands of miners and developers all over the world ... Bitcoin’s future is split is between groups of supporters, Bitcoin Core and Classic. Bitcoin Core is viewed as the early group of code ‘miners’ who want a slow, conservative path forward for the decentralized service. The Bitcoin Classic crowd wants a fast resolution to the blockchain issues, by immediately doubling the blockchain size. Bitcoin Core claims its system has worked well to ... Classic vs Core. Auf der einen Seite haben wir die Bitcoin Core Entwickler, die das Projekt nach der Bitcoin-Geburtsstunde von dem pseudonymen Entwickler Satoshi Nakamoto übernommen haben und seither weiterentwickeln. Letztendlich entscheiden sie darüber, welche Veränderungen an der Bitcoin-Blockchain übernommen werden und welche eben nicht. Bitcoin Core contributor Peter Todd was recently interviewed on episode 34 of The Bitcoin Game, and the longtime Bitcoin developer and researcher was able to explain some of the key disagreements between how the Bitcoin Classic and Bitcoin Core teams view the peer-to-peer digital cash system.. While many view the Classic vs. Core controversy as nothing more than a technical debate, the reality ... Bitcoin core has being co-opted by Blockstream. They have hired the core Developers and directed them to cripple Bitcoin scaling. This is because blockstream offers a solution to the scaling problem. This also means blockstream will profit massively where no profit (and therefore high user fees) needs to exist in the first place. Bitcoin Classic matches Satoshi's vision. Bitcoin Classic has a ...

Start trading Bitcoin and cryptocurrency here: http://bit.ly/2Vptr2X Bitcoin is the first decentralized digital currency. All Bitcoin transactions are docume... Every week Max Keiser looks at all the scandal behind the financial news headlines. In this episode of the Keiser Report, Max and Stacy discuss Goldman Sachs... Today I outline what the Bitcoin scaling debate is about, what each side represents, various concerns, and where I stand. Go easy on me. Tip address: 16GvGLB... With Slush and KnCMiner beginning to attract Classic supporters (and their capital), Bitcoin's most powerful pool -- F2Pool -- is now letting its miners vote on whether they want bigger blocks. In ... Get our free Bitcoin course here - https://chrisdunn.com/free-bitcoin-course This Bitcoin basics video series will explain Bitcoin for beginners. You'll lear...